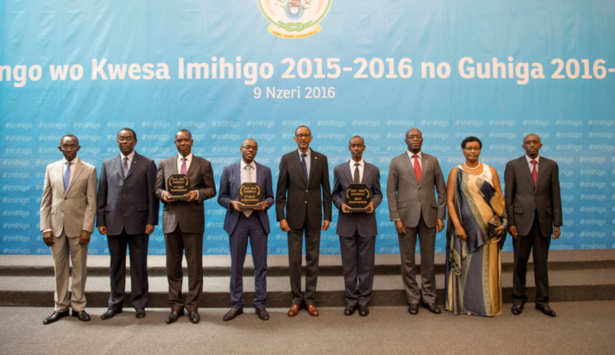 The World Economic Forum ranks Rwanda as the 7th most efficient government globally, above even Switzerland and Luxembourg.  It also one of the few African countries leading the achievement of the UN’s Millenium Development Goals (MDGs).

Rwanda sets itself apart in Global South development with its Imihigo, or performance contracts for leaders. Imihigo are the vehicle through which the country strives to fulfill Vision 2020, the framework for its long-term national development goals. However, their use dates back to the precolonial era in which an individual would set targets to be reached within a specified time period.  They apply to the head of a family as he (or, increasingly now, she) would like to improve the lot of the household. President Kagame measures and holds local leaders across the country accountable for their Imihigo progress every year, and even has Imihigo for himself in his stewardship of the Rwandan people.

These are unique in the developing world because they are clear, publicly stated, and quantifiable and measurable. Proper measurement is sorely lacking in all African development, so it is extraordinary for a country to utilize statistics by galvanizing an indigenous form of governance and leadership to address contemporary problems. First put forth by the Rwandan Governance Board in 2006, annual assessments have been gathered by the National Insitute of Statics. It then releases reports accessible online that include rankings of how each province did in comparison to others.

District leaders who failed to meet their performance contracts have been swiftly and publicly relieved of their duties by Kagame, e.g. half a dozen city mayors across the country last year. Consequently, leaders and local politicians take them very seriously here. Imihigo are so pivotal to Rwandan governance that foreign aid agencies, such as USAID, track adherence to the goals are part of their support of local governance.

A problem with them, however, is that they have focused on tangible infrastructure without actually considering the impact of that infrastructure on the local community. For example, a mayor would be given Imihigo credit for the construction of a health center, regardless of how many patients that health center served under Mutuelle, the national healthcare scheme. Consequently, the government is using new measurement tools in their annual assessment to gauge the impact of achievements on the quality of life of average people, as the President instructs district leaders “to put people first”.

Unlike many government policy policies, the average Rwandan is aware of the Imihigo expectations of their districts. My neighbors have said that if you want a problem solved, it is best to frame it in Imihigo-friendly terms in discussions with local leaders. These performance contracts are the product of the interaction between historical sociolegal institutions and modern governance, much to the benefit of Rwandans.