The focus on the cultural dynamics of resistance paved the way for analyses of social movements in the global south and for a focus on mobilization and gender specifically. In a study of the former, Clifford Bob asked what inspires powerful transnational networks to spring up around particular movements. He aimed to demonstrate that hard calculations of costs and benefits in the competitive marketplace for recognition and aid appear to outweigh sympathy and emotion in determining which of the world’s myriad of oppressed groups profit from globalization (Bob 2005). The book underscores the elements of competition over cooperation, interest over principle, and strategic and structural advantage over the justice of a group’s cause. Paradoxically though, his “global civil society approach” notes the emergence of principled forces arrayed against various injustices. These principled forces play a large part in the story of transnational advocacy networks (TANs).

In their grounded theory study, Keck and Sikkink concentrated on these TANs, groups often omitted from traditional social movement research, that have proliferated across the globe.  In some ways their narrative is rationalist in nature. TANs use techniques such as information politics and leverage politics. They engage in creative use of strategic information and are employed by NGOs in sophisticated political strategies for their campaigns.  On the other hand, they also employ culturally symbolic politics and accountability politics. They all have principled ideas at their core as well as the belief that individuals can make a difference. TANS often advocate for purely moral causes that are not their own and causes in which they, at least initially, don’t have much of a stake. Furthermore, the authors point out that the biggest challenge to the environmental movement is lack of a “face of victimhood” while the greatest strength of gender-based violence movements is that there is an instinctive, transcultural repugnance of “practices that result in bodily harm to vulnerable individuals” (Keck & Sikkink 1998, 195). In other words, activists attract outside participants and supporters partly by globalizing their rhetoric to make it seem as sweeping as possible rather than particular and contingent (Jasper 1997, 292). So, although Keck and Sikkink cited rationalist scholars such as Tilly and Tarrow, their account is largely cultural.

Fully embedded in the cultural camp, Sally Merry has emphasized the “translation” necessary for gender violence activists navigating both international law and their local communities in the developing world. NGO workers must frame their issues in a manner acceptable to global north donors at world conferences, legal hearings, briefings, and UN meetings, all while speaking in the lingua franca of international human rights, English. Additionally however, activists must then “translate” those same global human rights laws into local social movements and rights awareness through cultural transformation and mother tongue communication (Merry 2006). 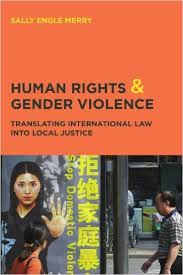 Along with the research on social movements outside the West, gender has come to the fore as an important dimension of social movements studies. Espoused by Bahati Kuumba, Susan Staggenborg, and Verta Taylor, this lens assumes that gender is a basic organizing principle in human society and that gender roles, relations, and inequalities impact social processes in complex ways. The power, resource, and status differentials between women and men in broader social structures like economies and political systems, as well as in individual lives, must be taken account at each stage of the social movement analysis. Furthermore, it assumes that gender interacts with other systems of stratification, such as race, ethnicity and sexuality, which mediate the institutional context, organizations, and collective identities and strategies of movements (Taylor 1999, 26). Social movement outcomes can be both liberating and subordinating for women at the same time.  Gender hierarchy is so persistent that, even in movements that purport to be gender-inclusive, the mobilization, leadership patterns strategies, ideologies, and even the outcomes of social movements are gendered (Taylor 1999, 9). Sites of resistance can also be sites of exclusion, such as when many women were left out of anti-apartheid struggles (Meth 2010).

To this end, there is now increased emphasis not only on the role women in social movements, but also of non-Western women as well.  Ifi Amadiume shifts the discussion of social movements from the usual gender-neutral state-civil society paradigm (alá Mamdani’s Citizen and Subject) to the concept of women’s anti-power, anti-state movements. In other words, these are political struggles which are not out to wrest power from anyone, but simply to defend and maintain their autonomy. African women’s movements have been a perfect example of these anti-power efforts, struggling against domination and violation without seeking to take power or resources from others. Women have struggled to defend their autonomous organizations, as well their structures or systems of self-rule since the colonial era and continue to do so today (Amadiume in Mamdani & Wamba-dia-Wamba 1995, 35-60).

Women’s unique forms of mobilizations have only recently been the subject of increased study. Overall, the rationalist explanations for resistance strategies that focus on structure and opportunity ignore the largely female ways of mobilizing that include grassroots networking and organizing people (Christiansen-Ruffman 1995). The dominant literature has gendered the political as “male,” emphasizing the importance of top-down speech-making over organizational bridging, that latter of which is more common in women’s activism (Robnett 1997). When women are political in their own ways it is viewed by academics and laypeople alike as “working for their communities” and not using conscious political tactics. Tarrow argues that politics of order (non-violent sit-ins) and disorder (roadblocks) are women-friendly while politics of violence are male and this has been overlooked (Kuumba 2001).

Four scholars claim that regardless of how women choose to mobilize, their best chance for organization always comes after a conflict.  Conflicts are politically empowering to women because women do not have as many male incumbents to contend with since many of those men have fallen to violence.  Conflict also offers women an opportunity to mobilize on one side of the struggle and thus empowers them, and women are not willing to give this up just because the conflict has ended. Moreover, in post-conflict environments, Western international donations go up and with those the pressure to include women in politics increases as well. Their last explanation is long recognized in the work on post-WWII gender dynamics: women take up men’s business roles in conflict and want to protect those business interests during peace as well (Tripp, Casimiro, Kwesiga, Mungwa 2009).

For an excellent perspective on The Women’s Colloquium in Liberia, the only African country with a female head of state, please see: